Skip to content
Posted inWalkSessions
Posted by By Samuel Kamugisha May 18, 2021 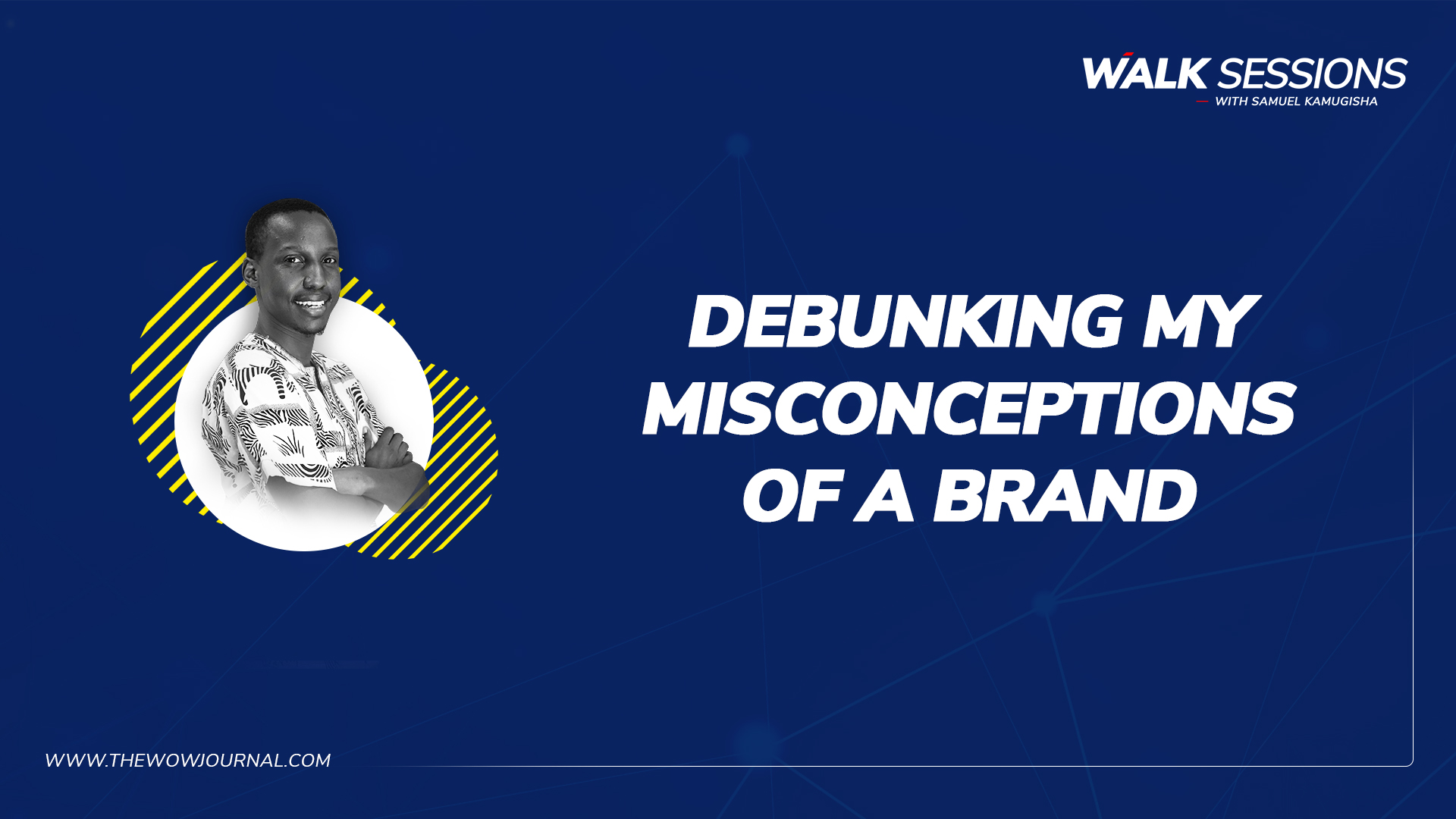 Hi and welcome to another edition of the WalkSessions series and today we’re going to talk about the misconceptions I had about branding and a brand.

So back in the days, I used to think that a brand was mainly a logo, the colours and the way a company communicates about itself.

But I came to understand later into my career, that a brand is not necessarily the colours of the logo and all that, because those are what we define as brand identity which things help define what a brand exactly is.

A brand is a perception

Now, for the brand, this mainly refers to the perception that the audience or your customers have about your company. So when you think about some companies like Apple, they pushed off the messaging of thinking different and being there more minimalist, more creative and that’s what it goes at the back of the mind of the audience whenever they think of Apple being a forward taking brand, and that is so you can see that it’s mainly locked in the part of perception.

So branding is the perception that the audience already has about you. So having this in mind, having picked these different nuggets from different thought leaders, like Chris Do and Jacob Cass, this does make more sense that it’s not exactly what you say who you are, but it’s what people think you are.

But again, you can tailor the conversation to show them exactly what you are. The way Apple was done that over a given set of years, in the messaging, the way they produce their products have created that perception in people’s minds that they’re forward taking brand, even if I might be a user of any Apple products, but, seeing it from the sidelines, that’s what, that’s the perception has been created.

So that is one of my misconceptions debunked by myself after learning over a given period of years So what are you given misconceptions that you had previously in your career and how have you debunked them now?

My 3 key learnings from a failed business

The Toddler’s Business Strategy to enhance your business

The 3 Stages of Business Relationships

My 3 key learnings from a failed business